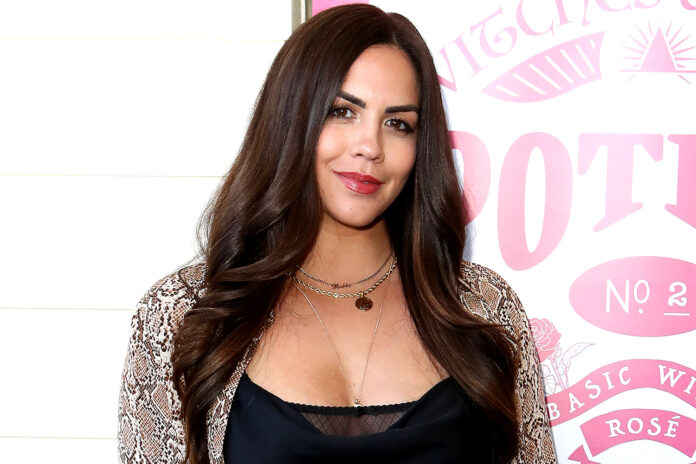 Katie Maloney is an actor, music supervisor, and television personality from the United States who rose to prominence due to her appearances on the reality show “Vanderpump Rules.”

Vanderpump Rules is an American reality television series that premiered on Bravo on January 7, 2013, with an eight-episode first season.

During a cameo on the Reality Life podcast with presenter Kate Casey, the Vanderpump Rules star was frank about her attempt to conceive with husband Tom Schwartz, describing how her tragic injury nearly a decade ago has influenced their road to conception.

She spoke about her accident, in which she fell 25 feet through a skylight, breaking her bones, breaking her jaw, and suffering a brain injury.

She revealed about herself to open up a portion of her past and allow people to connect with her, and let them know a little more about what she’d gone through.

Throughout the length of Vanderpump Rules, fans have seen the good, terrible, and ugly sides of the couple’s relationship.

Maloney claimed that viewers had seen some of the marriage’s “darkest moments,” while Schwartz admitted that they have “absolutely” gone through “difficult phases” over time.

Before moving further, let’s have a look at Kate’s profile.

Kate Maloney is the daughter of Richard Maloney and Teri Nobel Maloney. As of known, she has two siblings Joey Maloney and Rock Maloney. Joey Maloney, her younger brother, is a producer and photographer.

Kate Maloney is married to Tom Schwartz, who also appeared on Vanderpump Rules.

Maloney and Schwartz married at the Twenty Mile House in Cromberg, California, in August 2016.

In March 2017, it was announced that the husband and wife were planning to split. However, this was just a rumor, and they are currently living together.

The fifth season of Vanderpump Rules, which aired in March 2017, included their wedding.

The couple conducted a second wedding ceremony in Las Vegas nearly three years later after failing to properly fill out their marriage paperwork before the first wedding.

In Northern California, they married in front of their closest relatives and friends. They were married on July 24, 2019.

Kate Maloney’s infertility is causing her a lot of grief. Katie has been candid about her and Tom’s inability to conceive.

They started attempting in the summer of 2020 and have yet to succeed.

His chest size is 37 inches, waist size is 29 inches, and hip size is 38 inches. She has dark brown hair with beautiful brown eyes.

We can find Kate Maloney on Instagram as @musickillskate.

She has over 1.1 million followers and 1772 posts on Instagram.

Some Facts about Kate Maloney